Some Colorado home buyers believe that home construction quality has all but evaporated in favor of making a fast buck.  Is this true?

Realtors hear the phrase above frequently from some Colorado home buyers, when voicing their belief that modern homes are inferior to those built between twenty years and a generation or more ago.  Having studied residential construction for a few decades, we at Colorado New Home Specialists would like to bring our perspective to this important discussion.  First, we are Realtors, not home inspectors. At the end of this article you might be surprised to learn why it is important to get much of this information from a Realtor’s point of view, not just that of a home inspector.  If you are considering an older resale home, this article might be a handy primer for additional study.  While we do not intend to treat the subject exhaustively, we can just about promise that you will discover things in this article that you were unaware of.

Compared to today’s homes, what is generally better about homes built in the period from around 1930 to 1970 and even newer?  Having owned several homes from this era as well as having listed and sold more than a few, we are pretty familiar with the subject matter.  The numerous classes in building technology that we have been fortunate enough to take have been informative as well.

What things are better about the older home?

Hopefully you have a new appreciation for that gorgeous 1930’s home in Denver that has been lovingly restored at great expense through many years.   The items above are might make up half of what it took to bring that residence up to something approaching today’s standards.  Even at that, there are things that simply cannot be updated due to structural realities.  However, for the vast majority of home buyers, refurbishing an older home is just not in the cards.  What we hope you take away from this piece is that we started out talking about old homes and ended up mentioning problems from the 80’s right up into the year 2000! We don’t know about you, but for us, that is pretty recent history – all the more reason to buy smart.

While many of these issues would show up on a home inspection, many would not. Home inspections are about “serviceability,” they are not about what is ideal.  The inspector’s job is to determine what works, what does not and what issues you may run into in owning the home that you contracted them to inspect.  Home inspections are not about advising you on what era to buy a home from.  The inspector’s assumption normally is that the buyer already did the due diligence and research, unless you instruct them otherwise.  Give us a call at Colorado New Home Specialists with any questions you may have.  We know residential Real Estate.

With over 20 years experience as a licensed Realtor and over 750 homes sold, you can count on me in every situation: home buying and selling or purchasing land and building. 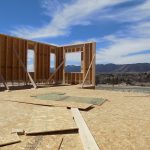 this information might be exactly what you have been looking for. When building … END_OF_DOCUMENT_TOKEN_TO_BE_REPLACED