Where did all the houses go? I hear it from all my clients as well as friends and family. How did we get here? Surely, wise actions can resolve low Colorado Springs housing inventory levels.

To kick off 2022, I’m writing a series of articles examining our local housing market. No set of writings on this topic is complete without analyzing Colorado Springs Housing Inventory Levels

This article contains my opinions, which are based on working full time as a Realtor since 1998. Additionally, I spent a total of ten years working for builders and developers in sales and consultative capacities. In those roles and into the present, I’ve invested a lot of time attending seminars, studying reports, and following housing industry heavyweights such as the National Association of Homebuilders. While this experience doesn’t make me a ‘professor of housing,’ it does provide insights I hope you’ll find worthy of your time.  By the way, please check out the anchor piece for this brand-new series: Colorado Springs Real Estate Market Analysis for 2022. It’s a practical guide for both buyers and sellers on ‘what to expect’ this year.

The big 4 are out of the way, but the next 4 are no lightweights either

And the last two are the author’s personal observations

Obviously, the list above could contain a few more or less items.  Also, a person might argue that the last two are speculative. Let me know if you remember these ludicrous media campaigns. (Not many of these articles remain on the internet anymore. Guess if I’d written them, I’d want them deleted too.)

* Please see note below regarding losses of homes to fires.

The problem with Colorado Springs Housing Inventory Levels is not trivial

Both nationally and locally, many of these items are not simple or trivial. They have given us a serious inventory imbalance and need to be remembered. Some of these challenges will work themselves out, while others are more insidious and long term. Right now, it feels we are short about 20,000 units in Colorado Springs and 5 million across the US. However, US housing levels are an immensely complex topic and beyond what I’m trying to say here. As an example of this complexity, and in fairness, there are a small number of experts saying we already have too many homes! Click here. While that’s inconceivable to most Realtors and many people here in Colorado Springs, there are a few interesting points in the perspective.

The biggest controlling factor and variable acting upon Colorado Springs home inventory levels is interest rates, which tops the list. The government holds all the cards here and can literally make or break markets. In the case of Colorado Springs, we had a reasonably healthy market BEFORE the dramatic rate cuts. But, even then, our local housing supply was already becoming tight. The rate cuts were a lot like pouring gasoline on an open flame.

What would it take to normalize Colorado Springs housing inventory levels?

In winding things down, how can we ever return to more balanced supply and demand levels? As with all things related to markets, easy does it. If we’ve learned anything in the real estate industry, it is that balance and restraint win the day.  Greed, quick fixes and easy solutions make things much worse. In other words, we don’t need corporate investors dumping millions of houses when their rents or values fall. What the new wave of corporate investors might do when threatened remains an unknown. As far as housing producers go, we don’t need builders overshooting the supply and burying us in houses again. This happened in many major metros in the US in the leadup to 2008. Fortunately, Colorado Springs and Denver are in better shape because of prudent planning by our local builders. Frankly, we should still be applauding them. In the immediate, gradual interest rates hikes will naturally cool the market, tough it’s hard to see higher rates as ‘good’ because they also impact affordability.

Across town, Colorado Springs builders are getting many new communities ready, but there’s little chance pricing will become lower. That’s because all facets of construction are now married to higher costs. Anyone who works in my industry knew that inflation wasn’t transitory, as was fibbed about for a while. Inflation had already started in the building segment in 2019 or so. The new/additional inflation will pile right on top of that already higher cost basis.

I need a house, but my rational instincts say the timing’s bad

Regardless of the source and timings of inflation waves, they will have the effect of ‘locking in’ higher pricing, which relates to now maybe being a better time to buy, even if we don’t like it. Interest rates remain low: if someone needs a home already, buying defensively offers the benefit of locking in payments. Due to low rates, it’s also way cheaper to buy now in the sense of the total made in payments over the life of the loan.

If you need to buy, or want to buy, sure, I’d recommend proceeding, but doing so carefully. Please check out this feature length on that. ‘Is 2022 a decent time to buy in Colorado Springs?’ (Click Here) This article is constructed in a very objective way. Trust me, it’s not a puff piece on rosy skies and why real estate is so amazing.

Above all, call me if you want to chat about any of this. Yes, I’m tech savvy, but I still love the phone, and greatly enjoy discussing all facets of real estate. My mobile is 719-761-0546.

Note: It’s also important to remember that some areas in the US never recovered from the ’08 housing crash. I always try to stay mindful of how difficult that continuing reality is for the good people of those places. Maybe compared to them, our problems fall into the ‘annoying, but manageable’ category.

Thank you for your readership, it means a lot to me!

The Black Forest and Waldo Canyon Fires were not included because the vast majority of those destroyed homes were rebuilt by 2018 or so.  The recent and tragic Boulder County fires are worthy of their own article and will primarily impact the metro Denver market.  However, Colorado Springs will almost certainly feel some fallout in material and labor scarcity, though it’s a bit too early to say how much or when. The Springs may also feel a temporary and minor ripple in rental markets as spill-over from the Denver rental market fans out. Our thoughts, hopes and prayers for a rapid recovery are with all of those whose lives were inexorably changed by this harrowing event.

**What about Population increases?

Before I started the research for this piece, I would’ve claimed assuredly that population increases were at least partly to blame. However, facts can be interesting things. The best data out there says that El Paso County, Colorado only added 8,300 people in each of the last three years (click here). Except for 2014, that number is down from AT LEAST the 15 previous years!  So, while 8,300 additional people is not an unimpressive number, that’s only about a 1.2 % population increase. Arguably, a pretty manageable number for a large US county with a population in excess of 735,000. Builders already target and build to that number anyway. Now, while do I suspect that growth number of 1.2% is low, I can’t currently prove it.

With over 20 years experience as a licensed Realtor and over 750 homes sold, you can count on me in every situation: home buying and selling or purchasing land and building. 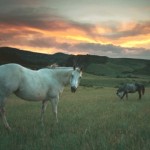 Colorado is a natural place for horses, and having your dream home on a horse … END_OF_DOCUMENT_TOKEN_TO_BE_REPLACED